Every year around this time I'm thinking of beginnings and endings.

A new school year for the kids, the end of summer and warm weather (for those of us in the North), and a rapidly approaching end to the year itself. This October has me thinking another passage of time – the 10th anniversary of Electric Citizen.

It's a long time to be around, and worth celebrating. We're having a team retreat in Minneapolis in early October to do just that. And it's also worth spending some time looking back and reflecting on how we got this point– through the successes, the challenges, the work we've done and all the people who've made this possible. I'm so grateful to be able to do this for living. 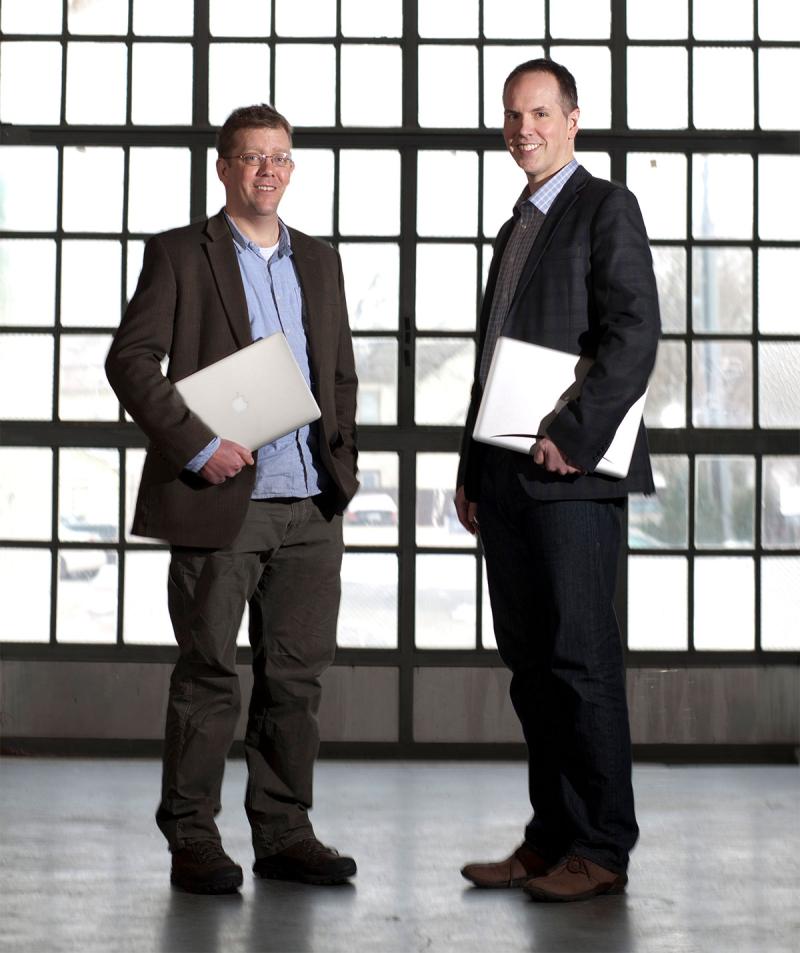 Electric Citizen got its start in one of the most unlikely situations – doing some volunteer work at church. Myself and co-founder Tim Broeker first met back in 2011, as we ended up co-teaching a room full of 4th and 5th graders at First Universalist Church, Minneapolis.

Tim and I each had a daughter in the class. While most were well behaved, we did have our hands full with a few high-energy kids. I recall having to lead someone out in the hall for a timeout, and a look of exasperation shared between the two of us. Being grade school teachers was not in the cards for either of us. But thank you to all who do teach!

In a brief conversation afterwards, we learned we had much in common. We both ran our own 1-person web shops–Tim with more of a developer-focus and myself with more of a design-background. We had similar clients and used similar tools like Drupal.

Long story short, we began working on each others projects, and in October 2012, we officially formed our new agency, Electric Citizen. The early years found us working with several area schools, nonprofits, a university, and museum. Back then it was mostly just me and Tim running the show, with some help from a few colleagues along with the way. 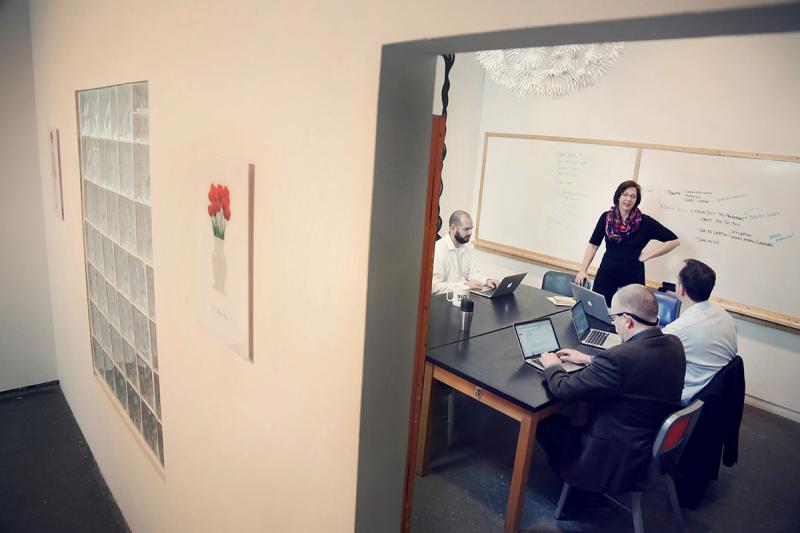 It quickly became apparent we needed more help, as work starting coming in faster than we could manage. We hired our first project manager and a junior developer (now Director of Development, Adam Fuchs), and brought in a veteran freelancer to help with site maintenance and updates (Wilbur Ince).

We moved into our first real office space, a small dedicated area of desks located within the Intermedia Arts building in Minneapolis.

These were truly small work-areas, but we managed to squeeze five people together in one tiny space. Intermedia Arts was a long-standing collaborative arts space in the Twin Cities and made for a really lively and creative environment, with regular theater shows and museum exhibits going on around us.

Our team continued to work with numerous clients in higher education, while expanding to government (the City of Bloomington), publishing (Graywolf Press), community colleges (Century College and Minneapolis College), and other area nonprofits (Wilder Foundation). 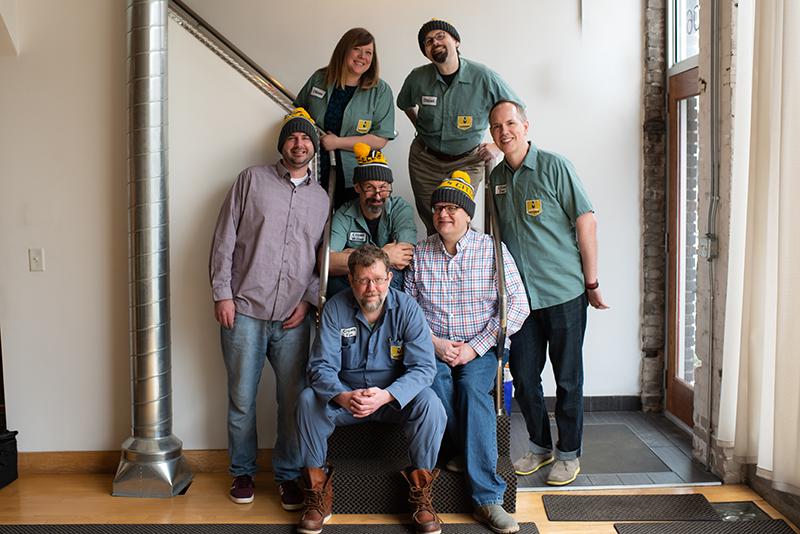 Intermedia Arts sadly closed, so our team packed up and moved to our current office space in Southwest Minneapolis. Along the way, we added another web developer and project manager to the team, plus some help with marketing and social media. We were still growing, but I could also call this a period of keeping steady.

We continued our in-roads into government-related websites with an extensive rebuild for the Minnesota Department of Revenue and a new website and application for LawHelpMN.org. We also branched out to work with state of Montana (MT Victims of Crime) and a project for Minnesota SNAP recipients

Having some stability and years behind us, we began to take some steps out on a bigger stage. We first sponsored at DrupalCon Nashville in 2018, while featuring EC-staff members giving talks at regional conferences like BADCamp and national conferences like DrupalCon. Our team had grown and we started planning for what's coming next. 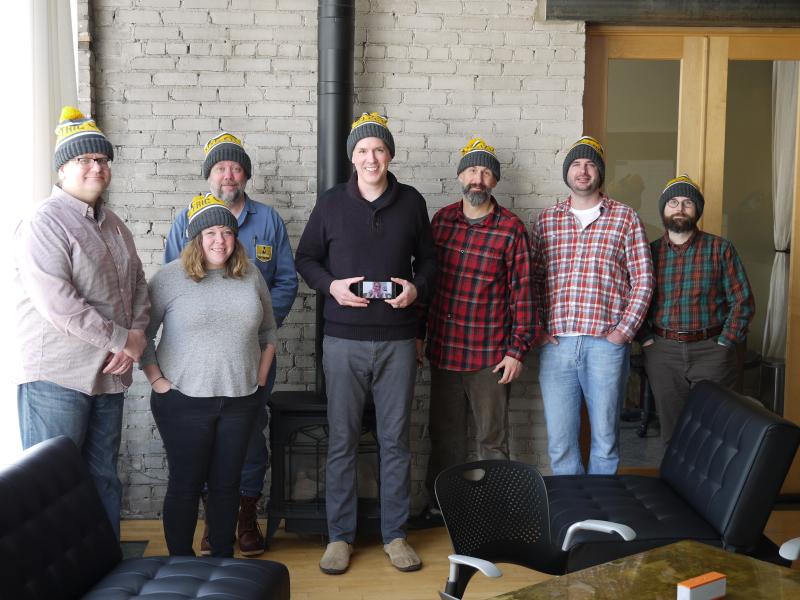 2019 was a year of travel – DrupalCon Seattle, Higher Ed Web, MidCamp Chicago, DrupalCorn Iowa, and Twin Cities Drupal Camp. And 2020 promised the first ever DrupalCon Minneapolis, in our hometown. It was all coming together! Of course that's when Covid hit.

As a web agency, we certainly did not struggle through this years as some less-fortunate industries. But it was a time of disruption to be sure. While we had some remote employees prior to this, 2020 was the end of the in-person agency and our move to being a fully-remote team. This meant some restructuring as far as our team, and some normal turnover as well.

We continued to expand our services, adding Lynn Winter as a content strategy consultant. Our team added the University of Iowa and North Dakota State as new higher-ed clients. We'd been around long enough at this point to see the return of previous clients as well, redoing websites for clients such as the City of Bloomington and UMN Housing and Residential Services.

I've kept the lights on and some office space at EC Headquarters, but everyone else worked from home. It was with this change that new possibilities started to emerge– in terms of client engagement and the team we hired. 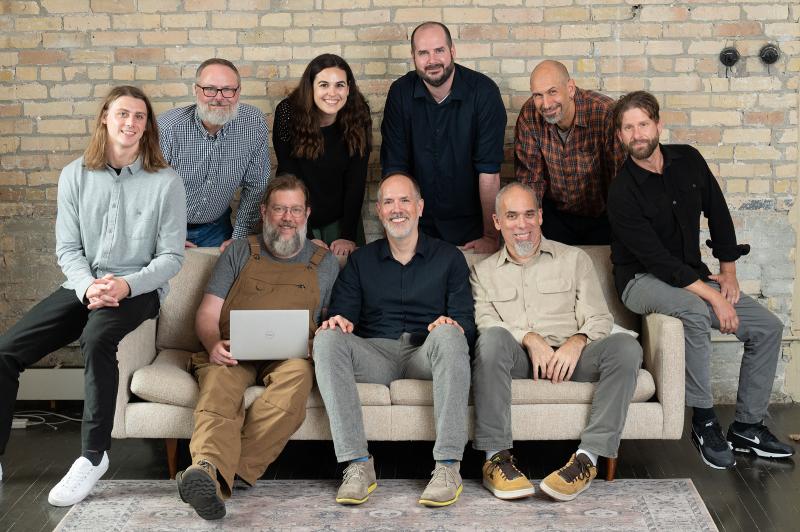 It was near the end of 2021 that we began working with our first client from California (the City of Santa Barbara), a sign of what was to come. In 2022, we began projects with the City of Madison (WI), Montana Law Help, and the University of Wisconsin. We continued our work with the state of Minnesota as well (Pollution Control Agency and Department of Health), nonprofits like LeadingAgeMN and regional union UFCW.

Freed from needing our team to be local, we added employees from Pennsylvania, Colorado, Michigan, Texas and Maine.

And it's here we find ourselves today, celebrating our 10th anniversary by flying our team into Minneapolis.

So that's the short history of where we've been, broken out into a few distinct blocks of time. But what does it all mean? And where are we headed next?

This is the question I'm grappling with now. It's something we'll talk through in our team retreat and something we'll continue to explore for the rest of the year. Where do we as an agency need to go next, to stay relevant to our clients and stay viable as a business. It's not a short or easy question.

But while we're looking towards the future, we can also take some time to look back. It's been a lot of work, good people, and good fortune that got this far. And so the final word for now is simply "thank you" – gratitude for all the people who make this company possible. We always set out to do good work for our clients while taking good care of our own team too. May that work continue for many years to come.