To Drupal, or Not to Drupal: Part 3

If you or others in your organization are battling with this question, there are several considerations you should make before choosing to move away from the Drupal platform. We'll cover them in 5 short reads:

So you’ve set up a Drupal 9/10 sandbox to evaluate against other platforms. One critique often levied against Drupal is its complexity, usually in reference to the editing interface. This is another area the Drupal community worked hard to resolve, and Drupal 8+ provides numerous tools to simplify the user interface substantially.

As a side note: Yes, the Drupal system is complex. So is Adobe Photoshop. And yet, it’s the industry standard for graphics. It’s professional-grade software used by skilled artists to produce breathtaking results in a variety of styles. You’re only going to get so far with the editor on a smart phone.

Maybe your organization’s website will never utilize Drupal’s flexibility, in which case your options are open. However, if there is any chance of you needing to scale up your website to compete in an ever-more-demanding marketplace, or reach that market across numerous channels, there is no better system to help you meet those challenges than Drupal.

Getting back to the ‘Better vs Different’ statement, you’re likely to find some tasks are just as easy, some easier, while other tasks seem confusing or difficult. For example, one proprietary system I evaluated for a previous employer was based entirely on XML templates. Creating a new page for the website was simple enough, but adding it to the site’s navigation required finding and editing a completely different file. This is counter-intuitive for anyone accustomed to clicking a checkbox on the Drupal content creation form.

To be fair, there will be some re-training required to use the new versions of Drupal, too. So you’ll want to keep your eye on the big picture because at some point you’re likely to wonder whether the new platform really represents a measurable improvement over the Drupal experience, or just a different one.

Granted, this is all subjective. Every editor will have a slightly different response. But it’s worth considering if the potential benefits of changing platforms justifies making editors learn all-new procedures over an upgrade to those they’re already familiar with.

If you go with an entirely new platform, how long will it take to get your content editors up to speed and, more importantly, who is going to train them? 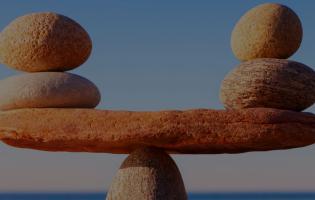 To Drupal, or Not to Drupal: Part 4