The 9th annual TC Drupal Camp (“TCDC”) took place earlier this month (June 6-8th), and I was once again “on the scene” for this great regional conference.

Around 200 people convened in downtown Minneapolis in June for great sessions, keynote, training, networking and socializing during a beautiful and sunny week in Minnesota.

As one of the core volunteer organizers, I got to work alongside some great community members and really get a close up view of all that took place. So for those who missed it, let’s recap the conference!

While many things stayed the same as previous years, such as the camp location and month it is held, this year was a first for many small changes.

The third day of the conference was dedicated to “unconferencing,” where those attending decided as a group what topics to discuss, and everyone participated in round table discussions for the day. The feedback was extremely positive for the new schedule, so it seems likely to stick.

Welcome Party
The second big change was adding a new social event, the Welcoming Party. While the first night of camp has traditionally included a party for sponsors and speakers, this year it was opened up to ALL camp attendees. One of the core values of TCDC has always been inclusiveness, and this small change just made a lot of sense.

Community Sponsors
The third big change related to sponsors. There were still a number of great organizations who stepped up to help sponsor the conference, but this year included a dedicated push to encourage more “community sponsors.” The conference was still a very affordable $50/person, but during registration, there was ask to those who used Drupal professionally to give more, if they could afford to.

And people really came through! While there had been some individual sponsors in the past, 2019 had more community sponsors than ever before. 34 people joined in, and helped keep the conference both affordable to all, and in the black. 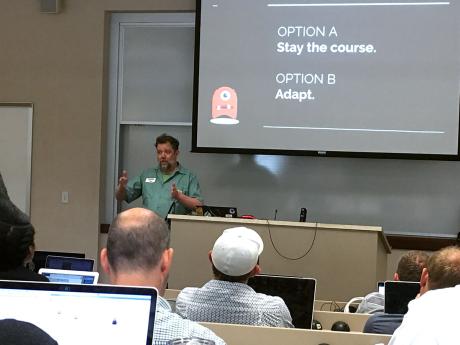 Once again all presentations are available, free of charge, to view on YouTube. Topics ranged from introductory sessions, such as getting started with Drupal, to more advanced topics around learning React.js.

Electric Citizen brought four different sessions to camp this year, including: Drupal 8 and Multilingual, a look at how JavaScript frameworks are changing the CMS landscape, an introductory guide to using xDebug and Drupal, and an overview on the current state of Drupal 7 development and upgrades.

This year’s conference also included a great keynote talk by the Asian Penguins, a program at a Twin Cities Hmong school teaching Linux to students. The programs teacher brought several middle school students along for the talk, which you can also stream on YouTube.

While the main focus of TCDC is sharing, learning, and networking, the parties aren't too bad either!

Drupal karaoke enthusiasts really hit the town hard in after hours, including throwing down at the Friday night party. Friday also featured some intense Foursquare playing (yes, that game you played as a kid), a food truck and fire juggling.

All 3 nights had some great food, drink and board games. Lots of board gaming at TCDC (and all Drupal-related events, honestly). I personally learned a few new games include Cursed Court and Sagrada, which were super fun. I never did break in with the Terraforming Mars crowd, however, where their games extended for 3-4 hours at a time. Maybe next year! 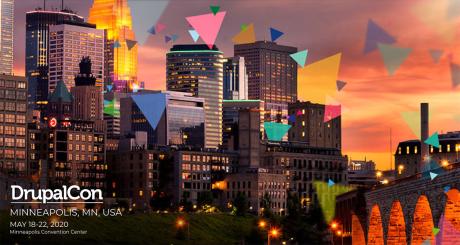 2020 is the year that the North American DrupalCon finally comes to Minneapolis. As we get ready to be the host city for that big event in May, it remains to be seen what will happen with the Twin Cities Drupal Camp next year.

My hope is that some kind of get together still happens, and this great regional conference continues for many years to come. Stay up to date via tcdrupal.org or on the TC Drupal twitter channel. 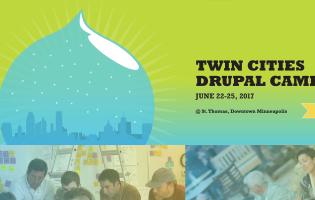 DrupalCamp is coming to the Twin Cities again this summer 2016!